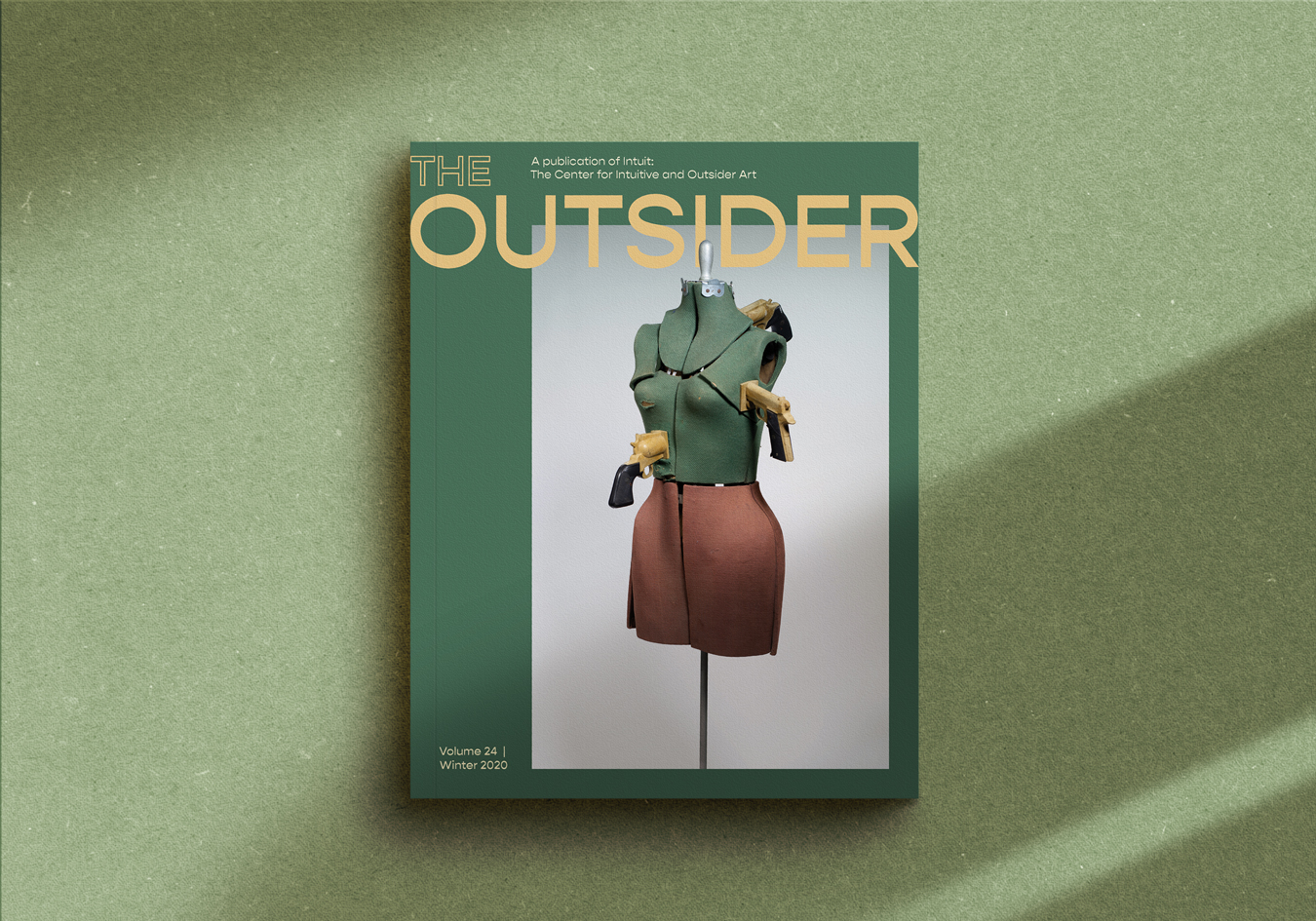 The Outsider is an annual publication by Intuit: The Center for Intuitive and Outsider Art that provides in-depth coverage of Intuit’s exhibitions, programs and special events as well as other important discoveries in outsider art. The Outsider has a worldwide readership of more than 6,000. Starting in 2015, the magazine was made accessible to Intuit members and patrons in both digital and print form, allowing for a more widespread reception. Prior to Fall 1996, Vol. 1, Issue 1, The Outsider was published as In’tuit. 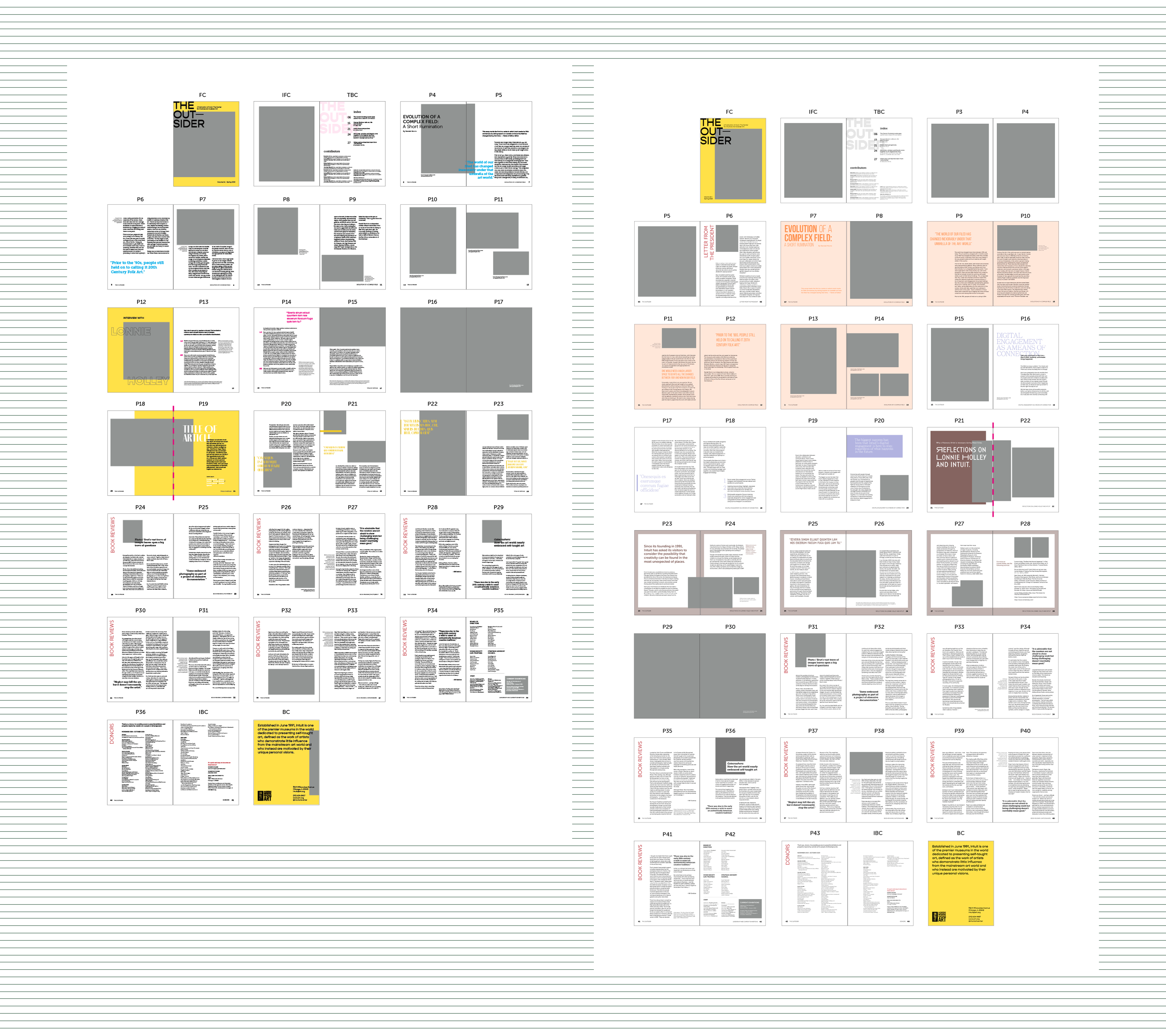 The team at Intuit reached out to me with their desire to re-design Intuit's annual publication, The Outsider from its previous design (which can be viewed here into a newer design that represented their vision and museum more accurately. The concern was that their previous design was too rigid, impersonal and safe which did not truly represent Intuit's goals to be the most accessible museum in Chicago and the most premiere Outsider Art museum in the world. Their goal is to convey their uniqueness and accessibility (physically and demographically).